More slang! More Nastiness! And this time aroud, we teach you even more multilingual insults than ever before, starting with the Korean “허세,” not to be confused with “Josè.”

This is actually good slang to know. 허세 is describing a show off or someone pretentious. And generally 허세 is used as the phrase “허세(를) 부리다.”

A long time ago, when Koreans used to use a social network called cyworld, which nobody uses now, there were so many 허세 글 (pretentious blog posts) where you’d write things about your pain, anger, love, breakup, or how fabulous your life is in the most serious way along with a selfie. The kind of posts that makes us readers cringe inside. Google 허세, you will see bunch of examples.

Along with cyworld 허세 글, I use this phrase in these cases:
1) when guys almost get into fist fights at the bar, but they don’t, and then they say, “I could have smashed him with one punch.”
2) You can slap your friend down a bit by saying “왠 허세야,” or “허세 좀 그만 부려!” and bring them back to reality. There are also terms like “허세남” and “허세녀,” meaning pretentious guy and girl.

I briefly talked about “된장녀.” This is pretty old slang but you might come across it few times. It describes material girls. But why 된장? 된장, or fermented soybean paste, is one of three crucial pastes used in Korean dishes, along with 고추장, aka: red pepper paste, and 간장, or soy sauce. There are few stories of why we call shallow girls 된장, but the one I know references girls who are willing to pay for Starbucks coffee, which is much more expensive than a meal like 된장찌게. Starbucks is about status. Interestingly, Starbucks coffee is seen as the expensive coffee in Korea; a cup of coffee is also more expensive here than in the States and in the UK. 된장녀 is used to look down on people who are shallow. It’s like saying you live in Gangnam, letting people think you are rich, but the reality is you are living in a moldy basement of a house that leaks.

Our American slang today is as misunderstood as it is widely spread. It comes, as so many other linguistic gems do, from drag culture, more specifically voguing in the ’80s. In the video, we loosely define “Throwing Shade” as trash talking, but in reality, it’s oh so much more. And while being “shady” might not be a compliment, throwing shade is definitely an art form.

Unlike trash talking, throwing shade entails much more subtlety. Shade is nuanced. It’s backhanded. We all remember the AC/DC electricity fued between Thomas Edison and Nikola Tesla, right? Calling Thomas Edison a patent-greedy business shark in desperate need of harpooning is trash talk. It’s true, but it’s not particularly artful. On the other hand, heralding Edison as a visionary, for his DC electric technology enabled the electric chair to become a reality, now THAT’s shade.

As much as I enjoy vilifying Edison, insulting him doesn’t help you use “throwing shade” in a sentence. Of course, if you’d like to practice throwing shade, feel free. I’d love nothing more than to hear Edison roasted in the comments. To help with that other thing, here are some ways to use “throwing shade” like a champ:

Can’t nobody throw shade like Mariah Carey at Niki Minaj.
He is alway throwing shade at somebody
If you could stop throwing shade for just one second?

This is to describe a person who is inexpertly clumsy or sloppy. 이승기, aka: 윤아 from Girls Generation’s boyfriend, his nickname is 허당 이승기 because he looks smart, neat and together as a person, but makes these cute little mistakes getting names wrong. 허당 is not the same as calling someone stupid or an idiot. 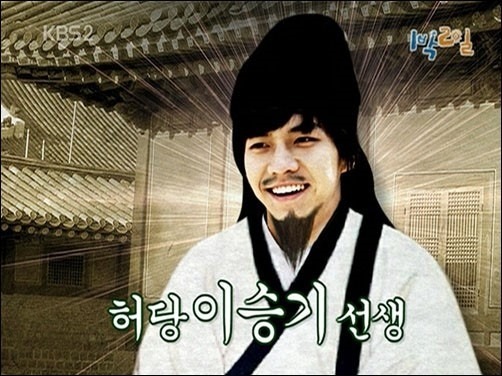 Y’all have left us some amazing comments about your own inside jokes and regional slang (“what’s the crack” being my personal favourite). We’re having a blast reading them, and have more than enough ideas for another year’s worth of D.I.C.K.S. Thanks, guise! We’re working on two British episodes as well based on your recommendations, so if you don’t want to miss our terrible impersonations of the Queen’s English, make sure you subscribe by clicking this button here. Cheers!

This site uses Akismet to reduce spam. Learn how your comment data is processed.

Sort by: Newest First | Most Liked

Untranslatable Words in Korean and English